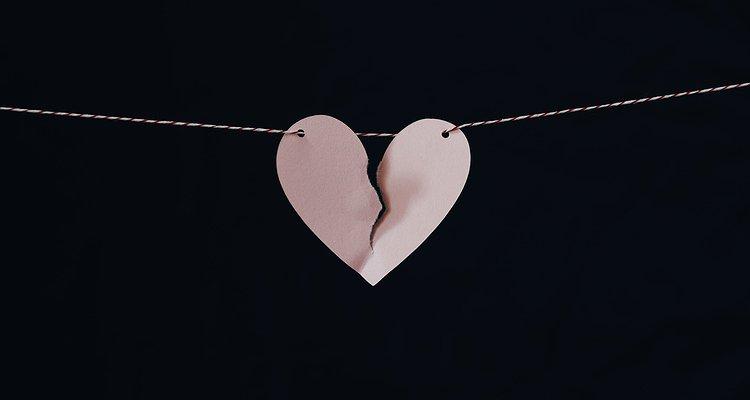 Separation is already a painful experience, especially if you have children, so detailing the reasons and apportioning blame in a relationship doesn’t always help.

However, for those in a same-sex marriage, the only choices are citing unreasonable conduct or desertion and 2-5 years of separation. Even adultery isn’t a ground for divorce, unlike in heterosexual divorces.

It’s no secret that January can be a busy month in family law with statistically higher divorce applications. Whether 2022 will see that being the case remains to be seen but what can be seen, is a new way of proceeding.

This New Year family lawyers welcome a new way to help their clients part ways without the requirement to cite and detail unreasonable behaviour, to apportion blame, and cause further upset or delay.

It is also an important move to resolving the legal differences between heterosexual and same-sex divorces, which many believe is discriminatory.

From 6 April 2022 the Divorce, Dissolution and Separation Act 2020 takes effect. This means that couples in a marriage or civil partnership who wish to bring it to an end can do so without having to wait and citing the above reasons, which is currently the only way if they did not wish to blame the other and get involved in discussions around conduct and fault.

This ‘No-Fault divorce’ has been in the legal background for a couple of years, a much-needed and long-awaited change to the way the UK operates. The key family law group, Resolution, to which lawyers like us subscribe, has been lobbying the UK government for this change to happen for many years.

There has been resistance to introducing this legislation as there is concern that it would be too ‘easy’ to end marriages or civil partnerships and that it would increase the UK divorce rate further.

However, many people find their marriages and civil partnerships come to an end as they are no longer in love or are in different places as people than they once were. It is no one’s fault, and the law now recognises that sometimes, there is no blame.

Likewise, if your partner was to have an affair, as a same-sex couple you couldn’t just simply state this, you needed to detail unreasonable behaviour and go further, which shouldn’t be the case.

Trying to find blame when there is none or waiting two years to start divorce proceedings or facing the humiliation of documenting the behaviour can make an already difficult time more difficult.

The very drafting of these grounds could upset the parties making all agreements and steps forward frustrated. We must all recognise that parting, if not amicably, but without a legal battle is helpful for finances and specifically for the children involved.

What are the changes and how will this benefit you?

The key difference to the previous grounds is you no longer have to rely on ‘behaviour’ or having to wait two or five years to convince the court there were grounds to terminate the marriage or civil partnership.

Also, if your partner does have an affair, you don’t need to show how this is unreasonable behaviour, you can apply without the need to document and evidence the reasons.

The Latin phrases used in the divorce process have also been altered to reflect those already referenced in the Civil Partnership Disillusionments. The Decree Nisi is no more, it is now a Conditional Order. The Decree Absolute has become a Final Order. This is a step closer to normal English, to keep things simpler and clear.

Many couples may now wait until April to process their divorce applications and avoid the blame game in the meantime. Overall, the division of finances and arrangements for children can only be assisted by the divorce starting without blame and without the sting of a behaviour petition being sent from one to the other.

We hope this will make the process swifter, less hostile, and ultimately more cost-efficient.

The grounds for divorce have and will still have no impact on the financial arrangements but a less hostile divorce process can lead to less hostile negotiations.

The starting point will still be 50:50 following on child arrangements, any agreements that were in place, and financial needs as you separate. Open and transparent disclosure of finances is still required and the conduct of the parties regarding this can still be taken into account by the courts.

It is hoped if both steps can be handled carefully, the process becomes less costly and heated. This is particularly important in civil partnerships or marriages with children.

The Final Order is the legal end of the marriage but for many, there is a need to maintain a level of relationship for children or when resolving finances. There is finally a recognition that the Final Order is only one part of the picture when a marriage or civil partnership ends.

What if your partner though has acted badly in terms of the finance?

Can you ask the Court to pick over the wrongs of your marriage and make adjustments to the financial orders?  Among the things to think about, is whether or not it is worth your while raising any conduct issue in terms of costs vs. reward – can you be sure that a Judge will find the other party’s behaviour was wrong, and can you sufficiently evidence this?

This is a complex area within financial applications.

Partners spending the matrimonial pot on prostitutes, other families, gambling, excessive drug, and alcohol abuse, sacking you if you have run a family business together are just some of the behaviours we have seen cited.

Sadly, running a conduct case can become expensive very quickly. In effect you are asking the Court to financially punish a party to the marriage and undo their spending spree.

In general, the Courts do not like to “add back” monies taken as it distracts them from the delicate exercise they already have to perform. However, despite this the Court has made adverse judgments where the conduct is “gross and obvious”

As such you will need to consider the gravity of their behaviour. There have been cases where the Court will look at a party’s conduct, for example in cases of domestic abuse or where the parties have sought to hurt themselves.

In most cases, settlement and resolution are best for harmony, costs and a clean break.

However, we appreciate you may be forced to sell a shared home, have to sort access and child arrangements for your children, or perhaps you’re in the middle of a parental order application or adoption order, so this doesn’t always make an amicable settlement possible.

Lawyers and the parties should approach the finances with an aim to resolve matters, but ultimately, they will be there to support you if negotiations fail.