The shape of you: Part 18 response and its importance - Sheeran & Ors v Chokri & Ors 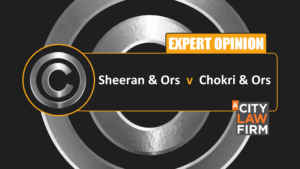 Chokri & Ors allege that Ed’s song, Shape of You, infringes copyright granted on one of their own tracks and they are seeking, amongst other things, an account on profits for the track which reached number one in several countries including the UK, US, Canada, and Australia. Ed’s legal team are seeking negative declaratory relief which is a pre-emptive legal measure to confirm that they are not, in this case, in breach of copyright. Total costs, notwithstanding the account for profits if Ed’s team loses, are expected to come to £3m.

In a recent costs and case management conference (a stage before a trial), Ed Sheeran and his legal team were given a telling off. Master Kaye, presiding over the matter, told the claimants that they gave a thoroughly ‘inadequate’ response to Part 18 requests (a request for more information), that was received from the other side.

Part 18 is a formal request for specific information that a party deems relevant to the case and should be released into evidence . As such an application if granted by the court becomes a mandatory disclosure list that parties need to address.

The court heard that the defendants served Part 18 papers earlier this year, consisting of 22 requests and seeking a response within 14 days. The claimants did not respond, either to acknowledge receipt or object. The team started off by ignoring the requests then, when pushed, told the other side that the requests were inappropriate. This is a clear violation of the rules, but the Master granted Ed’s legal team another chance to respond as the defendants had not yet been prejudiced by the denial of the request. Ed’s team were granted another 7 days to comply with the order and seemingly did so.

The court had previously ordered that Ed’s team comply with the request, but they responded, saying it was an ‘inappropriate use’ of the Part 18 rules. The Master was quick to scold Ed’s team, stating that merely saying it is ‘inappropriate’ is not at all the correct procedure and they should apply, like everyone else, to have the order set aside.

The court were also told by Ed’s team that they were unable to discuss the case at the time because they were unwell with COVID. The Master, as expected, said that this excuse was ‘not a catch-all explanation for any delay or disruption’ and there was no good reason for the breach of court procedure. This was another example of the courts, who are already experiencing severe delays, to keep the ‘wheels of justice’ moving and that, even with COVID looming, the courts are strict with their approach to rule following by all.

Youmaybe a shape defining celebrity but the courts will not alllow its procedures to be flaunted in high profile cases. Sharing evidence is a fundamental part of the process overseen by civil procedure rules that every party needs to be aware of or possibly face court sanctions. This case highlights the importance of responding and playing by the rules if you want to progress your case effectively