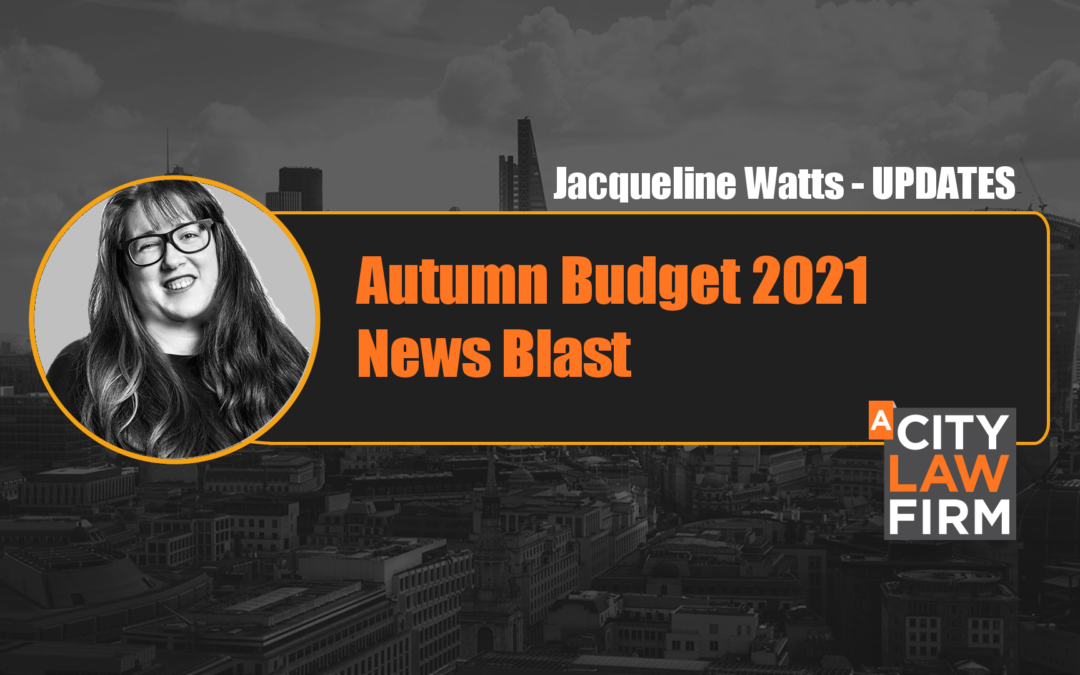 Rishi Sunak, the chancellor of the Exchequer delivered his Autumn Budget yesterday. The Chancellor gave stark acknowledgement to the economic troubles that the last 18 months have brought about, and he predicted that whilst there will be hard months to come, our economic recovery will be faster than expected.

As we know, tax increases have already been announced this year for businesses, with corporation tax rising to 25% and the Health and Social Care Levy coming into force from April 2022, which taxes employees, employers and the self-employed alike. Due to this, the government were able to announce impressive increases in spending, without introducing any noteworthy new tax rises. This is perhaps a smoke and mirror exercise, but the increase of £150bn in spending over the next 3 years is welcome, nonetheless.

For businesses and the economy, a few exciting reforms in property development, shipping and creative industries were announced. At an individual level, there were positive announcements to Universal Credit and the National Living Wage.

We were expecting some announcements and perhaps higher taxes being introduced in regard to pensions, capital gains and inheritance tax, however the government saw fit to leave these alone, for now. Although, reforms to these areas are still expected in the near future.