The history of ‘marriage’ : How many ways can a couple be together in the UK  and what are the legal consequences together or through separation? 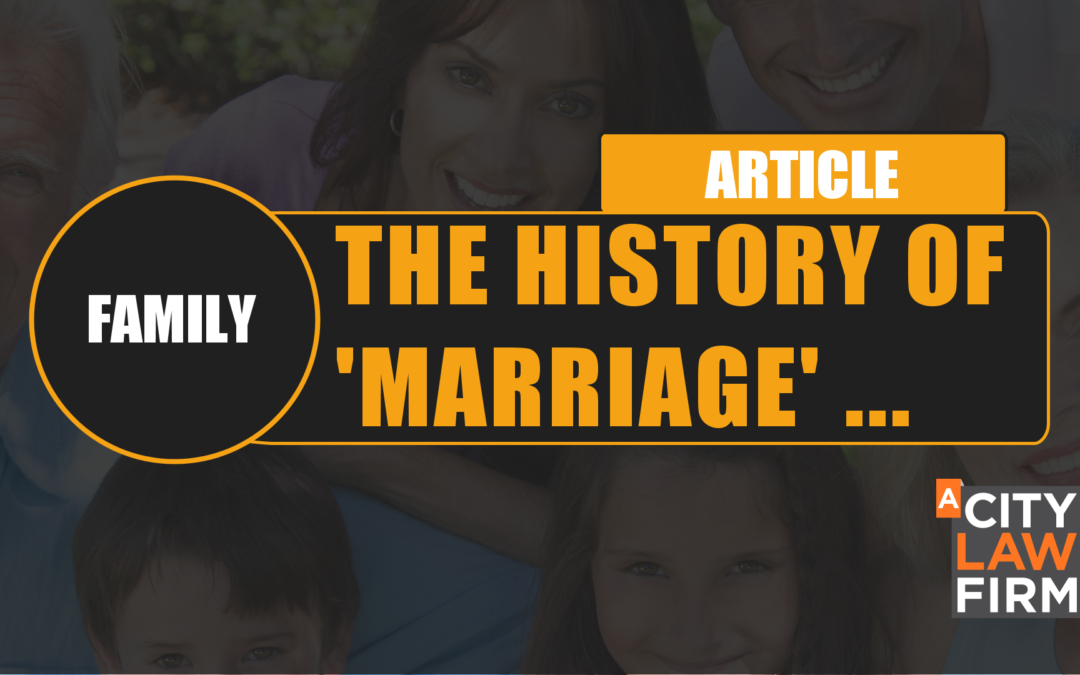 The word “marriage” has many romantic and religious connotations.  It has been around since the middleages and it was then they created “the banns” when the parties repeat the same words three times when they agree to marry, this is carried through to our present day ceremonies.

The Marriage Act 1653, (yes you need to think back to when Cromwell was in power) the man swore to be a “loving and faithful husband” and the woman swore to be “a loving wife”.  Parental consent was always necessary for those under the age of 21 years, during this period.  Marriages could take place anywhere, but the law then required them to undergo a marriage ceremony before a Clergyman (previous to that it was a Magistrate).

Jews and Quakers were exempt from the 1753 Marriage Act, as it required religious non-conformists and Catholics to be married in Anglican churches.  It however allowed men and women to get married at Register Offices which to this day have been sent up around our towns and cities.

By 1929 Parliament placed the minimum age of marriage at 16 years old for both sexes and that continues at today’s date – nearly 100 years later. Now with the modern family structures there are more choices and more flexibility for partners and even residing together unmarried, is no longer the taboo , outside of religious circles , that it once was.

So why get married?  What other choices are there out there, we can see that statistics show there are more non-conformists than ever before.  We are told by the press there are less people attending churches (both Catholic and Anglican).

There is more choice and The Civil Partnership Act 2004 granted same sex couples in the United Kingdom with rights and responsibilities the same rights as to a civil marriage.  This act continues to be in place but has expanded to not only same-sex couples but to men and women, who did not wish to use join their relationship by “marriage”.

It was not until Marriage (Same Sex Couples) Act 2013 came into effect that allowed religious organisations to opt in to marry same-sex couples.    At also allowed same-sex couples to convert their Civil Partnerships into a marriage.  It further allowed transsexual people to change their legal gender without necessarily having to end their existing marriage. The only country within the UK that has not legislated to allow the marriage of same sex couples is Northern Ireland as the Northern Ireland Assembly has not elected to do this as yet.

Then of course you can be parents or reside together as common law partners with no formal or legal arrangements.

What is the difference when a relationship ends under a marriage rather than under a Civil Partnership?

When married, you still need to find a ground for divorce. Until No fault divorces are permitted in April 2022 a party needs to admit adultery or unreasonable behaviour. This is set out in a petition and can often cause distress or anger for the parties and if its an acrimonious separation this can often make negotiating a consent order of finances very difficult

At present Civil Partnerships can rely on the four grounds, such as

Next year we will see the introduction of a further ground – referred to as a “no fault” divorce, this will be seen as a life saver for some relationships as you do not need to set out allegations of unreasonable behaviour and will save many relationships their dignity of hurling allegations at each other. This will apply to everyone whether ending their marriage or their civil partnership.

In terms of finances if you are married or in a civil partnership unless you have a binding post-nuptial agreement or a pre-nuptial agreement to act as a guide the default starting point is your pool of assets and then your financial histories , agreements and all circumstances are explored unless a Financial Consent Order can be reached out of court. Needless to say children’s needs come first.  The above categories make no difference to the way in which the financial arrangements are addressed and a party cannot rely on the allegations they make within the Divorce Petition in their Financial Application to the Court to gain further finance.