‘You don’t have to take the traditional route’: my unconventional journey into law 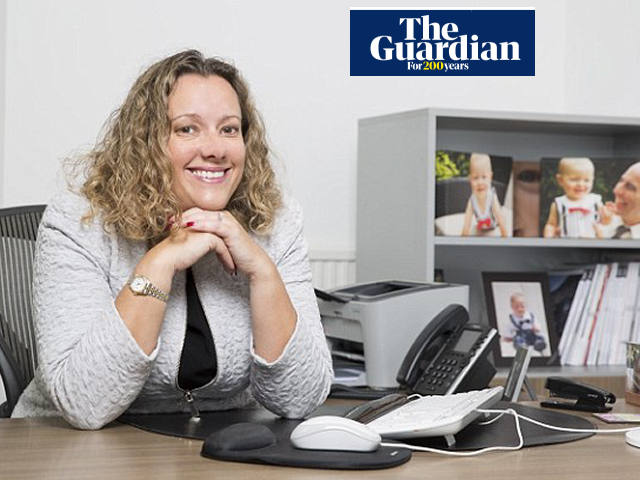 Law firm founder Karen Holden on being a Perry Mason fan, her unorthodox career path, and going up against the big firms – and winning.

Karen Holden recently found a diary in which, at the age of eight, she had written that she wanted to be a solicitor when she grew up. “I think I’d watched a Perry Mason movie and that was it,” she tells me over Zoom, from the offices of A City Law Firm, the company she owns and runs. “I was sold, I was going to go to court and challenge justice!”

The reality of working in law turned out to be very different from what she envisaged – less about good triumphing over evil and more about “taking on a good fight, regardless of the circumstances”. Nonetheless, Holden has found her home in the law. “I love the tactical game of investigating something and unravelling the facts,” she says. “There’s nothing more exciting than going up against a bigger firm and winning.”

As far as legal careers go, Holden’s is anything but ordinary. “There’s a very prescriptive way most people end up being a lawyer,” she says. “Doing the legal practice course and getting a training contract at a big law firm – but my journey was very different.”

After university, Holden couldn’t afford to go straight down the route of a legal practice course (LPC) followed by a training contract, so she studied at weekends instead while working as a senior criminologist for the police. She eventually joined a firm as a trainee, but felt the difference in age between herself and her contemporaries. “I was a bit more mature,” she says. “It was a funny adjustment going from being a manager to making cups of tea and taking junior files.”

But the move paid off – after just a week on the job, Holden’s principal on a case got sick and had to take time off. Thrown in at the deep end, Holden ended up going up against a huge law firm in an employment tribunal with zero practical experience … and winning. “It definitely felt like being thrown into the fire, but it was certainly an interesting start.” With cases piling up, she had no option but to push on with the work. The learning curve was steep, but she wouldn’t change a thing. “It was scary at the time, and I probably wouldn’t recommend people do it the way I did but, actually, I think it’s why I ended up running my own business because I had to learn to manage everything at once – and it gave me a really large breadth of experience.”

Starting a business was tough, especially given that Holden was planning to start a family at the time. “I had my mum answering phones at one point,” she says. Nonetheless, owning her own firm has given Holden the flexibility to build her work around her life rather than the other way round. “I’ve never had to miss any school dates or dinners with friends,” she says, while acknowledging that the very rigid roles and gruelling expectations of working hours means the same cannot be said for many other lawyers who happen to be parents – especially mothers – working in law. “I know women fall off the partnership ladder, I see day in and day out the old boys’ club network doing its thing, but I want to encourage women to push the boundaries and break through barriers,” she says.

Over the years, Holden’s curiosity has led her down different paths. “I can hold my own in a few areas of law,” she says. She now has a team of 10 people working for her in different countries. She also encourages her staff to diversify their specialisms as lawyers, and proactively seeks people who, like her, have taken a less traditional route, because she thinks it expands her company’s offering to clients.

Another benefit of this approach is that it gives her staff important life experience, which helps them be more relatable to the people they’re working with. “I really hope to try to break down the pompous view of lawyers many people have,” she says. “And to make the whole process of working with them more accessible and welcoming.” It’s an approach that’s won the respect of a loyal client base over the years, as well as industry bodies who have recognised her through awards, including the Freedom of the City award she received in 2018.

When it comes to describing a typical working day, Holden pauses for a moment and then laughs and says: “A what?” The variety of her days and weeks is one of the things she loves most about her role. “You never know what the day will bring. It’s not for everyone, but hopefully my journey will show people that there isn’t one single way into law. You don’t have to take the traditional route, and sometimes variety and understanding the world really does make you a better solicitor.”

Find out how The University of Law could open the door to a whole range of exciting careers.