Protecting your business during strike action. 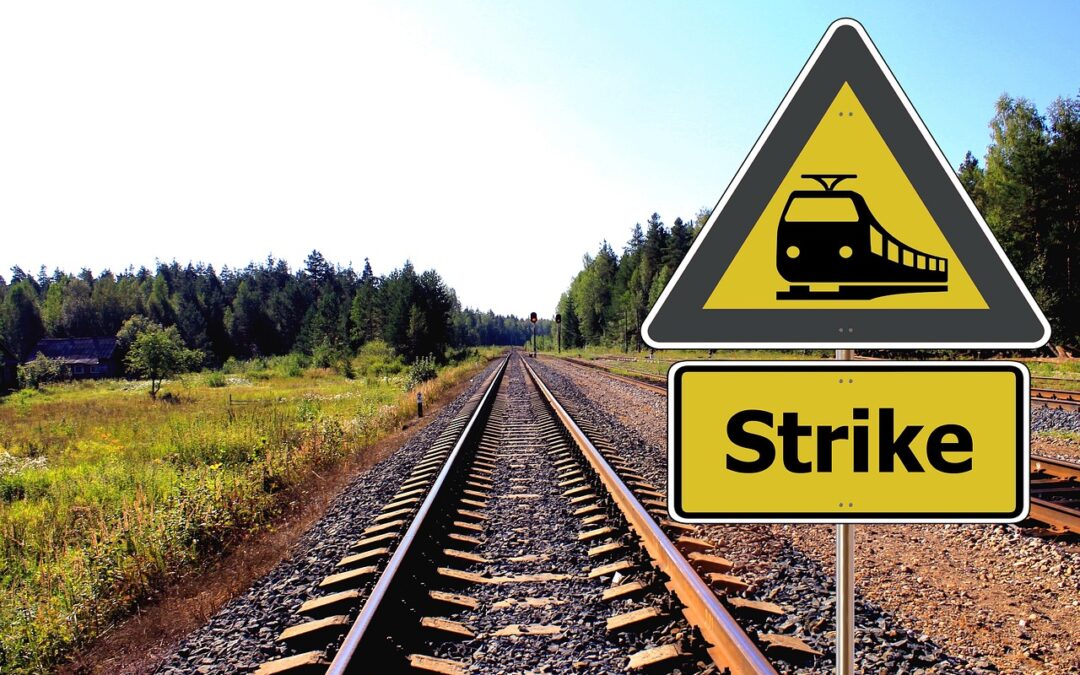 Over the last few months there has been an increasing wave of strike action across several different industries in the UK.

This has caused widespread concerns for businesses. Strike action itself continues to affect various sectors, including transport, the NHS, Royal Mail and the civil service, but strike action also has had a knock-on effect on other businesses whether their employees are striking or not. Further given there is still a lot of tension and pressure from both sides strike action is expected to continue well into the New Year.

It is being well reported that the strikes are having a particularly damaging effect on bricks and mortar retail businesses and the theatre, but there are many other businesses which are also being impacted by the strikes. Many businesses are struggling to deliver goods and having trouble performing their services because of strike action.

Understanding the strikes and potential implication on your business is crucial to avoiding fallouts, breaches of contract, unhappy customers, claims and losses. In this article we examine what steps businesses can take if they are struggling to perform a contract due to the strikes. What can you do to protect your business? How do you look after your customers if you’re affected by this action? Are you covered by insurance and what other steps you could take.

What is strike action & what if my employees are striking?

When workers collectively agree to a strike organised by a Trade Union in accordance with the law, the action is considered as ‘protected’ in law. Any dismissal of striking workers is automatically unfair and may give rise to a claim even though the workers are not performing their contractual obligations for their employers.

As an employer you cannot take disciplinary action or dismiss any employee for striking.  You also cannot discriminate against anyone for being part of a Trade Union. It is also important to note that as an employer, if you later look to dismiss staff in revenge for strike action it could also lead to an unfair dismissal claim.

If you have workers on strike and are looking to take any action against any worker who is or has been involved in the action it is imperative that you take specialist legal advice beforehand to ensure that you do not fall foul of any rights protecting these workers.

Even if a business does not have workers on strike it is likely that they will still have been affected in some part by the strike action.  For some businesses they may not be able to perform their contractual obligations and risk action being taken against them for breach of contract by customers, suppliers and other third parties.

This is a very technical area of law, and it is important that you take advice early from an experienced lawyer in this field.   The first thing however, to do if you have been affected by strike action and face being unable to perform a contractual obligation is to review any written contract between the parties or any terms and conditions.  Many written contracts contain what is termed a force majeure clause. This usually enables the suspension of obligations under the contract where a party cannot perform its role due to an unforeseen circumstance. ‘Force majeure events’ are usually defined in a contract as events that are beyond the control of the parties  (e.g natural disasters, wars or invasions).  A force majeure clause sometimes also specifically covers industrial or strike action.  It is important however that you carefully review any contract to ensure that the relevant circumstances are covered.  The impact of a force majeure clause should usually be documented in the contract. It usually enables the affected party to have a short extension to be able to perform the contract, or the unaffected party will have the right to terminate if the event persists. If ‘strikes’ are not expressly agreed as a force majeure event in the contract it will become a matter of interpretation of the contract over whether it should be covered.

Businesses in sectors which may be disproportionately affected by strike actions, such as those reliant on deliveries for example, may look to try and agree specific clauses to suspend obligations or increase timeframes where there is a third-party strike.  This would however require careful negotiation and drafting by experienced solicitors to ensure the risks are properly addressed.

As we move forward into this new era, whilst strikes are still lawful, companies are well versed to review their contracts and protect themselves where they can.

If there is no force majeure clause in the contract, or it does not cover the strike action, you may have the option of trying to rely on what is termed “the doctrine of frustration”. This is where there is an unforeseen event, which is not due to the fault of either party, but which makes the contract illegal, substantially different to the parties’ expectations or impossible to perform (not merely more difficult). In these circumstances the parties are discharged from future obligations and the contract is considered frustrated or terminated.  Where the contract is terminated due to frustration a party may be entitled to payment for work done before termination or retain payment already made.     Whilst it may be possible to try and argue long periods of industrial action may render the contract impossible to perform, the threshold of a frustrating event is very high and is difficult to rely on.

Businesses should consider whether any of their insurance policies may cover losses caused as a result of strike action, however most business insurance policies do not cover strikes as it usually needs to be bought separately.  You should also speak to your insurance broker about whether there are policies which may protect your business going forward.

There is talk that the UK government may look to ban strikes. We do not know how far this may go but for some services, such as with deliveries, there is already a lot of competition with alternative couriers and deliveries which may dilute any future impact of strikes. This may also impact other sectors as we have increased competition and viable alternatives in many sectors.  In addition changes in working practices, such as the ability and acceptability for many workers to work from home also means that alternative arrangements can be made to enable your staff to be able to keep working and your business operational.

The increasing number of strike actions will cause further disruptions to business activities including the ability to perform contract. Parties may be able to rely on force majeure, frustration or insurance to avoid or minimise liabilities or losses due to strikes.  However, properly drafted contracts may be more effective in protecting businesses from the effects of strike actions in the future. Businesses should always engage experienced lawyers to draft commercial contracts to ensure the key risks are addressed, including those relating to strike actions.

We recommend that you carry out a full review and audit of your insurance policies and contracts.