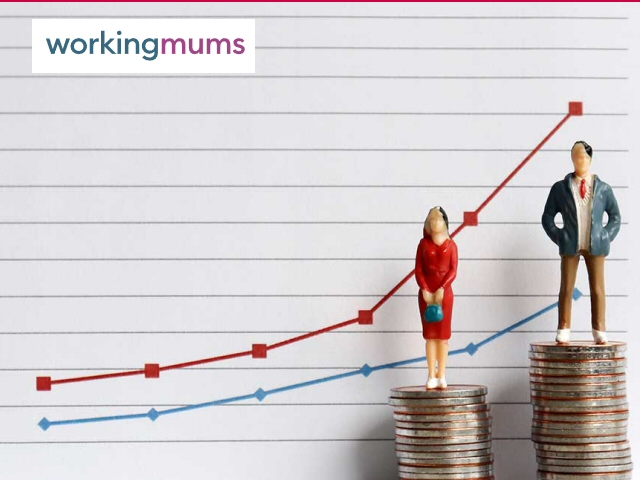 Karen Holden from A City Law Firm looks at legal issues around gender pay gap reporting and what the reasons are for ongoing problems.

The Gender Pay Gap is the gap in median and mean pay earned by men and women. Organisations that have at least 250 employees are required to publish annual gender pay gap reports. Public sector employers have had to provide this information by 30th March 2022, with private sector employers having until 4th April 2022.

The reports are published via the employer’s own websites and also on the  reporting portal on the Gov.uk website. The UK Government is then due to review the gender pay gap regulations as it is five years since they came into effect.

The reports need to include:

 percentage of men and women in each hourly pay quarter
 average hourly gender pay gap
 percentage of men and women who received bonus pay
 average gender bonus pay gap
 person in the organisation who is responsible for the data
 possible link to a written statement if the organisation is reporting as a private, voluntary or other public authority employer.

It seems that, despite legislation and Government committees to address gender inequality, there is still a serious pay gap in 2022. The idea behind the reporting on pay gaps is to shine a light on the problem and encourage employers to focus on what is needed to bridge the gap. The figures enable us to look at which employers have an issue and then ask why so that we can look to offer solutions and address the issues that this presents. One category of employee impacted significantly is working mums.

Research has shown that there are four main reasons for pay gaps. The first is that there are statistically less women in senior roles than men. This can be for a variety of reasons, one of which can be the fact that sometimes there is a perception that senior roles require longer hours or more ‘dedication’ than some employers believe that a woman with other responsibilities – such as children – can give. It also seems that some employers have not caught up with the idea of flexible working in such roles or still perceive working mums as being incompatible with senior roles.

Indeed the pay gap widens further from the point at which women have children, with the age range of 40-49 appearing to be the most significantly affected. This seems to correlate with women returning to the workplace on a part-time basis or into less senior roles post-children. This need to manage other responsibilities still falls predominantly on women and is the second reason for the gender pay gap. The impact of childcare costs and working full time, the responsibility for ill children falling to the female or even the mere wish to be around for some of the time with their children all have an impact on the roles chosen or the hours committed to on return to work.

The third reason is that lower paid roles and sectors such as care and nursing seem to have a higher female to male ratio. Again this can sometimes stem from a choice made after having children to seek a lower paid role or, in some cases, less responsibility on a woman’s return to the workplace so as to be able to manage the roles of mum and worker. It can for many feel like a constant conflict between the two and a conscious choice is often made to ‘step down’ from careers.

The fourth reason is that there is discrimination in some workplaces when it comes to the value placed upon males and females doing the same job. It is unfathomable that this is still the case, but, unfortunately, this reason is one which still applies even now.

There is clearly a need to change the perception of females in the workplace when it comes to the gender pay gap, particularly working mums. We all know the challenges that managing children or dependents can place on us and the effect that can have on juggling work and home. This multi-tasking and more time spent on the often unpaid and unrecognised work that is carried out by women in part-time roles should be applauded and acknowledged. Yet it seems not to be when it comes to pay or the roles women might be in as a consequence of having children.

It does seem that, although legislative changes have been made, returning to work after having children means a precarious balancing act is required. There is an assumption sometimes that women are less invested in their work, but many return to work as they choose to maintain their income, independence and careers. The perception of a working mum on return to work, coupled with childcare costs and the likelihood that she will take on the lion’s share of childcare responsibilities, does not always make the workplace welcoming for working mums.

It can be disparaging of the contributions made pre-children and can feel inherently unfair. Working mums constantly face a balancing act of home and at work and that often doesn’t appear to be recognised either on their return to work nor, sometimes, when it comes to the value placed upon them as employees in the longer term.

The Covid pandemic may have inadvertently assisted working mums when it comes to the gender pay gap as more working from home and flexible working has lent itself to more senior roles. Altering how females and working mums in particular are viewed and remunerated need to stem from a change in perception. Flexibility and working from home in senior roles should be more actively accessible for employees post-pandemic. This should go some way to redressing the gender balance in senior roles and bring a wider breadth of experience by helping people who have the skills and background, but are not able to work ‘’traditional’ long office hours to work in different ways.

A look at childcare costs and how these impact women, for instance, having to reduce their hours due to financial constraints would also assist. The culture of workplaces expecting working mums to take time off or be less dedicated still needs a fundamental shift, however. The fact that there are female employees with as much experience and equivalent skills who are not paid as much as their male counterparts in 2022 cannot be anything but unfair. Let’s hope the shift in working patterns since the pandemic assists with redressing the balance. A shift in perception, openness to flexibility and greater equality can only help to narrow the gap, which ultimately should not really be there in the first place.

Employers need to review their data, policies and contracts if they are to bridge the gender pay gap and value working women and working mums. Employers who strive for equality, avoid discrimination and demonstrate that career progression is open to all can benefit from hardworking, dedicated and loyal staff. Ultimately, from a legal perspective, by doing so, they will also avoid employment and contract breach claims, claims of discrimination and unfair dismissal.