Why do we need to address UK surrogacy laws? 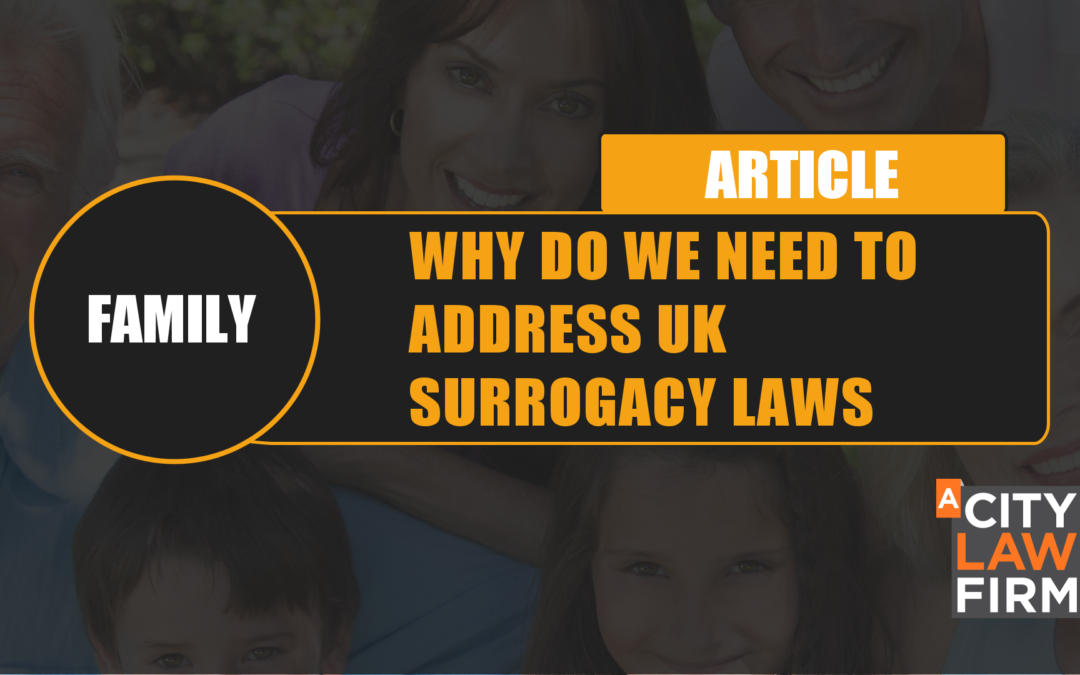 At present surrogacy arrangements in the UK are governed by several historical acts of parliament, such as the Surrogacy Arrangements Act 1985, the Human Fertilisation and Embryology Act 2008 (HFEA 2008) and the Adoption and Children Act 2002 (ACA 2002)

A consultation process has taken place and the Law Commission is expected to release details of the Surrogacy Reform laws in 2022. These reforms have been a long time in the making and will be welcomed by many of us in the surrogacy community.

The reason for the reform consultation is that the current legislation affords such little protection and certainty to Intended Parents (IP’s) and also the surrogate, unlike other countries, which means many UK IP’s prefer undertaking their surrogacy arrangements internationally. Just to be clear, though even when the IP’s do go overseas when they return to the UK they are still required to apply for a parental order and follow the UK rules to secure their legal rights , obtain a UK birth certificate and passport for their child with them as named parents , relinquishing the rights of the surrogate that she still holds under UK law.

The principal worries with domestic UK arrangements are:

As it stands there is no standard legal process for parents wishing to engage in an international surrogacy arrangement each country will have its own rules and processes. However, regardless of where the arrangement has taken place the UK procedure does remain the same for all meaning layer upon layer of administration and legal work.

Where do many IP’s go and why:

The United States, is often chosen as its historically shown to have proven system that closely vets and screens the surrogates,  which means ultimate protection. The contract and the requirement to sign the parental rights documents are all tied to a legally binding contract and because you can have a commercial arrangement there is a larger pool of available surrogates. This is however, reflected in the costs

UK surrogacy is permitted on an altruistic basis meaning you cannot pay more than reasonable expenses so Canada , being the same,  is also a favourite due to this synergy . It also has an established system and is a cost effective jurisdiction.

For those born in Canada or the United States, the IP’s are immediately recognised as legal parents on that birth certificate and can obtain a passport within a three-month period.  This affords the comfort many IP’s are looking for. Immigration advice and planning is still very much essential , but ultimately parental rights are legally secure at this stage.

There are other countries that permit surrogacy Ukraine and Greece are becoming popular, Cyprus and we have heard so is Thailand, Russia, Georgia and India , but these are new jurisdictions , with new rules and so it would be ever more important  to take advice early, engage lawyers and undertake research as soon as possible to eliminate any risks.

At this present time, surrogacy laws are currently under review by the Law Commission of England and Wales, and it is expected that by the early part of 2022 we shall see further developments.

Undoubtedly the Commission have spent a great deal of time considering the countries that have streamlined the process, such as Canada and California, and there is the optimism that in the future we may see some paralleled working patterns between lawyers specialising in this area of law.  There is a great deal optimism amongst family lawyers that the introduction of the above proposed changes will assist all parties involved in the surrogacy process.