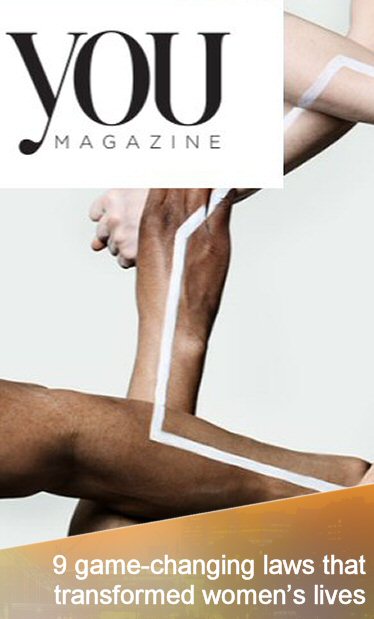 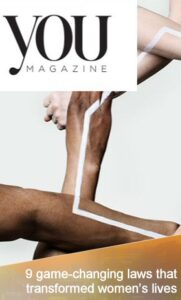 There has been an incredible revolution over the past 100 years, which has transformed the lives of women. Opportunities have been created, expectations have been surpassed, and women are working to (successfully) achieve equality.

Changes in the law have empowered women to gain the right to vote, right to an education, right to divorce, the right to legal abortions, as well as provide them with a platform to advocate for issues that were not previously addressed.

We asked award-winning solicitor and founder of A City Law Firm Karen Holden to explain exactly what happened over the last 100 years, and why the changes were so important.

Women’s suffrage was a movement which fought for women to be given the ability to vote in elections – a right that was previously dismissed. It has been 100 years since the right to vote came into force.

However, despite the passing of this legislation, and the success in fighting for equality for women, men’s rights still surpassed that of females. Only women over the age of 30 who owned a house or were married to someone that did possessed the right to vote. Ireland and Azerbaijan were the initial states to grant women the right to vote in 1918, which outpaced that of the UK’s progress on suffrage.

The Matrimonial Causes Act 1937 allowed either party the ability to file for a divorce. Prior to its enactment, women had no power to divorce from their partners, unless they could verify that their husbands had partaken in adultery or proven offences that violate the sanctity of a marriage, such as cruelty or incest. This was the start of modernising the divorce laws and transformed the lives of women.

The 1967 Abortion Act and the 1946 NHS Act have impacted women’s rights to healthcare. It legalised abortions across Great Britain up to 28 weeks of pregnancy and permitted the National Health Services to suggest them to patients.

However, in 1990, the Human Fertilisation and Embryology Act amended this so that abortions were not legal after 24 weeks and that two doctors must both certify the need for an abortion. This was a landmark position for women, as this ground-breaking legislation expanded women’s rights to healthcare and control over their own bodies.

Similar to that of the right to legal and safe abortions, the right to contraception was another defining change. When first introduced, the pill was only offered to women by the NHS who were older and did not want any more children. The government did not want to be seen as promoting promiscuity. However, this was amended through the NHS (Family Planning) act 1967, making contraception readily available.

The disparity between men and women’s income has become a major point of contention throughout the last century. However, as of 4 April 2018, all organisations in Great Britain (excluding Northern Ireland) that employs over 250 individuals, must publicly declare, and report their gender pay gap to the Government Equalities Office (GEO).

Under this new regulation, companies are also required to publish the percentage of men and women that receive bonuses. As per the Equal Pay Act 1970 and the Equality Act 2010, it is considered unlawful for companies to pay individuals undertaking the same role or ‘work of equivalent value’ differently on the basis of their sex.

The introduction of the revised parental leave legislation enables both parents to take time off regardless of their gender. This legislation came into force in April 2015. This allows for greater flexibility when arranging maternity or paternity leave, as parents can take it simultaneously or separately for a year after a child is born.

It was in 2002 that the UK parliament passed legislation in the Adoption and Children Act 2002, that enabled same sex and unmarried couples to adopt children. Prior to the reform in December 2005, unmarried individuals were made to adopt children separately, giving their partners minimal parental rights.

Marital rape has been an alarming and particularly distressing topic. It is the act of non-consensual sexual intercourse within a marriage, that is now declared as domestic violence and sexual assault. Historically though, this conduct was considered lawful.

In other words, marriage meant an implied consent to sexual intercourse. However, this was completely overturned in the breakthrough case of R V R [1991] UKHL 12, which condemned the possibility of a husband’s immunity to non–consensual intercourse and criminalised it.

In 1975, the Sex Discrimination Act UK declared it to be illegal to discriminate against men and women in work, education, and training on the grounds of marital status or sex. This was a significant act demanded by the women’s movement.

Women’s rights and equality have changed and strengthened massively over the past 100 years but culturally, we still have a long way to go for women to see a genuine gender balance and have the confidence to seek equal pay and promotions.