Cohab unmarried partners running a business (another angle too) 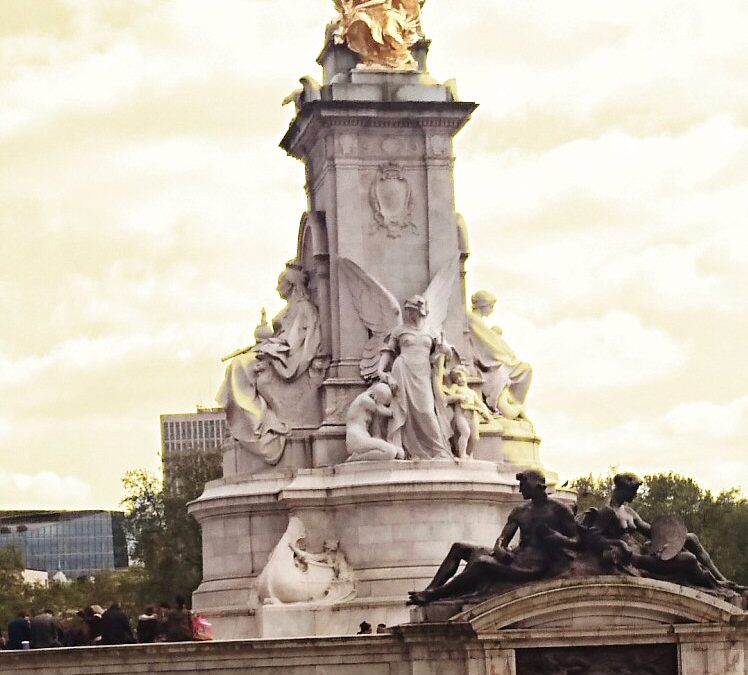 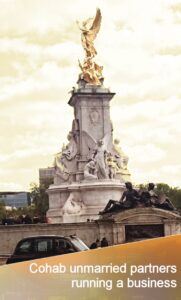 I own my own business and have recently separated from my partner, but I was not married. Could my partner have any rights over my business?

There is nothing worse than a separation from someone you loved, but sorting out the house and finances can feel like a minefield. You want it to be amicable , protect any children involved and spend as little money and energy concluding the separation as possible. So what could be worse? Well what if you have a business to run or you run that business together. Untangling yourselves must be done carefully to ensure you do not completely destroy what you have built up or impact on the staff and business itself.

I own my business and its property – not my partner

Disputes that arise between cohabitees typically concern the house which they live in together. The law is very straight forward if you register jointly or in shares it will be allocated accordingly, unless you can show you have invested your own money into the property or paid for decoration that requires an extra entitlement for example. But how does the position change, if at all, in the context of a business that is run by cohabitees but which is solely owned by only one of them. In the relatively recent case of Geary v Rankine [2012] EWCA Civ 555, the court of appeal had to address such a question, which gave lawyers some guidance for the future.

There was no financial provision for Ms Geary documented officially and she had not been formally made a partner in the business. On separation Ms Geary brought two claims; that she had become a partner in the business by default, and, secondly, that she had acquired a beneficial interest in the guesthouse because of her residency and input. Notwithstanding the assistance that Ms Geary provided to Mr Rankine, which, the court found was more than Mr Rankine was prepared to admit, both of Ms Geary’s claims failed.

It all comes down to conduct and intention

In this case even if the partner had not been paid, so is not an employee, the evidence pointed to him owning the business and retaining all the profits, as such Mr Rankine operating as a sole trader. So even if your partner helps with the business, dedicates all their time , even resides in the business property their claim to share proceeds is likely to fail if no business partnership has genuinely been afforded.

Some of the points which are likley to be considered would include whether the partner received any income from the business. If this sum was subject to PAYE then it would be simple - they were an employee. However, if they were paid otherwise then that may suggest that they had become a business partner. Things to look for include whether there was any documentation suggesting that they were held out as a partner such as an agreement; headed paper where they were labelled as such or do the accounts show a share of the profits. Further did the partner put any money of their own money into the venture? All these factors will be taken into account when assessing each case.

What about the house / business property?

The same principles that apply to cohabitation disputes concerning the equity in a shared home apply here in relation to business property. If the property is in your sole name and has been purchased solely with your money and it was intended to be an investment/business, not a family home then your partner can have no reasonable claim on this. It all goes down to the common intention of the reason why you purchased that property. So you need to consider whether they put in their own money and what was the purpose of the property?

We both own and run the business together , does this change the above?

The position here is very different and the default position in the event that you have not carefully documented the arrangement (partnership agreement ) is that you own this jointly 50:50 where there is a partnership. That can only be dispelled if you can evidence what you put extra into the business financially (such as company accounts) or there is a documented reason the courts should allocate a greater or lesser share to the other. If there is a company your shareholding should be set out already and recorded at Companies House.

Often a dispute over the value of the business arises which would need to be resolved , usually though an independent accountant or valuation firm. This would typically include any property held.

They may well be a dispute if you own Intellectual Property in one or both names and you will need to value this and assign the IP to the person who is going to continue to trade, for an agreed sum. If the price or ownership is not agreed the position, without legal documents, must be resolved by the courts.

Obviously we as a firm always recommend a business secures a transparent agreement to document who owns what, how much is being invested, everyone's role in the business and what would happens if a dispute or dissolution occurs. Without clear written agreements documenting the intention it is left very much to what you can amicably agree or prove to the courts or a mediator.

So whilst it is easy to think you are safe in business because you are doing this with the person you love or you are building something for both of you, in reality if you do not have sufficient legal documents, and the worst happens then you are left to the mercy of the courts unless you can agree matters amicably. In the context of a relationship breakdown this is often difficult; dealing with your business is usually one of many issues and emotions tend to run high.

If you are considering going into business with anyone, even a loved one, the unexpected can happen. It is vital that advice is taken early on matters such as the business structure and the appropriate written agreements to ensure that your interests are adequately protected before it becomes too late. Disputes of this nature can take years to resolve and become extremely expensive so it is all the more important to seek advice early. Our team of specialists can guide you through the relevant considerations in respect of both your business venture and ensuring you are protected.