Drones in the Property & Constructions Industry is growing

Due to their flexibility and that fact Drones are now so small yet sophisticated they could soon become as common on-site as trucks and diggers. 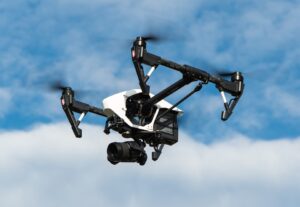 A recent report by Goldman Sachs makes it clear that the largest expected take-up for commercial drones is in construction, primarily in surveying and mapping sites.

Such sizeable growth is evidence that business leaders no longer view drones as mere high-tech toys. In fact, they have many commercial applications: There have been many commercial uses for drones within construction including builders seeking an edge on their competitors, land developers wanting to save time during site surveys, site security, contractors and personnel communicating on-site, gathering real-time data on a project, transporting goods on-site, and inspectors examining hard-to-reach areas. Getting an aerial view of a building or development is now easier and cheaper than ever. We have even heard of construction companies using drones to covertly monitor workers and contractor’s performance on-site.

Construction sites around the world depend on inspections and surveys to gain a comprehensive understanding of a build’s progress, and to ensure that safety standards are being met in the process. With cutting-edge drone technology, operators can now easily and quickly perform inspections in a cost-effective and efficient way, whilst also keeping employees away from dangerous environments.

Whilst the potential uses for drones is high, there are still factors making people cautious. One immediate challenge is the changing regulatory environment.

Currently Project Managers and those using drones will have to ensure that they are complying with CAA rules including having a licence in place from the CAA.

Whether you’re a commercial operator or a consumer enjoying a hobby, you need to know the do’s and don’t’s of responsible drone use. What credentials are required, what training is available, and where can’t you fly?

Ultimately, if as a business owner / employer get it wrong you could be prosecuted, fined and/or sued. Drone operators who ignore the new height and airport boundary restrictions could be charged with recklessly or negligently acting in a way which could endanger an aircraft and any person on that aircraft. This could result in an unlimited fine, up to five years in prison, or both.

Whilst in both the UK and US we have recently seen the regulations become more relaxed, so to make drone flights easier, there are still a number of restrictions. For example, there is a ban on drones flying too near to buildings or people, and requirements that the operators keep them in their line of sight.

If a business is using a drone in the course of their business, then they are responsible for the actions of their employees especially if someone is hurt or property is damaged.

Anyone operating a drone must:

The Department for Transport’s upcoming ‘Drone Bill’ will propose new safety features, such as registering drones weighing over 250 grams. These  rules will without doubt create a new framework which is much needed. The new rules will require owners of drones weighing 250 grams or more to register them with the Civil Aviation Authority (CAA) and operators will be required to take an online safety test to prove that they understand UK safety, security and privacy regulations. This ultimately means the responsibility to safely use the devices lies with the operators, so in turn commercially this may dictate higher salaries for qualified personnel. These requirements will come into force on the 30th November 2019.

In addition to the new drone laws, the government also plans to expand the use of ‘geo-fencing’ in the UK, which is an invisible shield around buildings or sensitive areas like prisons and airports. This technology works on GPS coordinates, so can be built into a drone and stop it from entering these zones. It is thought drone operators will be told to use apps to plan their flights to ensure they are not entering unsafe or no-fly zones, which will also be visible to other drone users.

What do you need to do about it?

A City Law Firm, as Tech lawyers, can draft your policies, contracts and help you understand the regulations and processes both under the drone rules and GDPR which is essential in this ever – changing landscape.