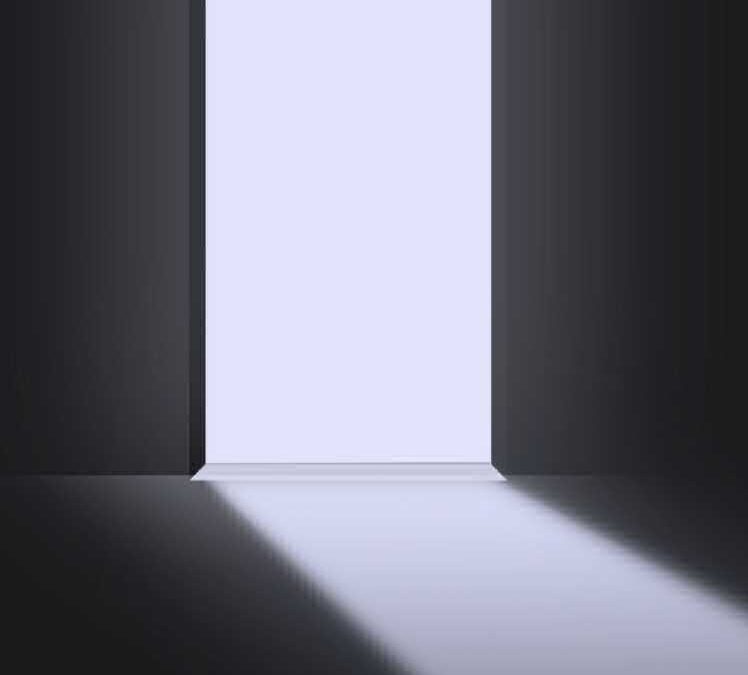 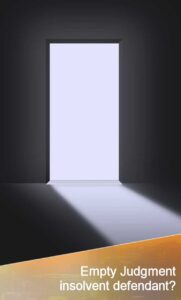 Empty Judgments: What to do when faced with an insolvent defendant company.

It is a claimant’s nightmare: succeed in obtaining a judgment against a defendant company only to find that the company is insolvent or does not have sufficient means to satisfy the judgment debt. This is what is known as an empty judgment, which means that everything leading up to it (costs, time and energy) has all been for nothing.So what can be done to avoid this?

Well, before commencing litigation you should always carry out due diligence into any potential defendants’ financial circumstances to ascertain their levels of solvency; i.e. cash in bank / assets / debtors / creditors. If the potential defendant is insolvent or your action is likely to cause insolvency, then, barring an unanticipated change in the defendant’s fortunes, it will likely be of little commercial value in commencing legal proceedings, which may serve only as a drain into which you will be throwing your money.

Where, however, the defendant is ostensibly an insolvent company there may be alternative defendants, in the form of directors and shareholders, who can satisfy judgment. While companies are regarded in the eyes of the law as separate legal persons, the decisions and actions taken by a company are in reality those of individuals. Where those individuals abuse their privilege of limited liability, causing harm to others in the name of the company, they could expose themselves, as individuals, to a claim.

Now, it has long been an established principle of commercial law that companies enjoy a legal personality separate to its shareholders who benefit from the privilege of limited liability. In other words, the individuals that control a company are in essence protected by a metaphorical corporate veil which acts as a shield between them and those that may have a grievance against the company.

It is only in very rare situations that this principle is sacrificed in favour of achieving justice for a wronged party, but as we will see there are also ways around the veil of incorporation which can achieve the same result.

Until relatively recently, the words “piercing” and “lifting” were used synonymously by judges when considering facts that might justify pursuing a company’s individual controllers. Following two Supreme Court decisions in 2013, however, it has been suggested that the principle of lifting / piercing the corporate veil can be split into two distinct branches.

Lifting involves simply looking behind the company to discover the acts and identity of the real actors, which a corporate structure is concealing. Once revealed, these acts can then give rise to liability of the shareholder or controller of the company with aim of pursuing them personally and their assets (e.g. car, house, salary). Such liability can be attributed through conventional methods, for example: principal and agent (company acting as agent); joint tortfeasance (company and director liable in deceit); trustee and beneficiary (property owned by company but held on trust for beneficiary director); and fiduciary duties owed to third parties (considered below).

The concealment principle does not violate the doctrine of separate corporate personality as it is applicable to situations where, in reality, the “corporate veil” principle is not invoked. It is simply a creative exercise of determining the actual goings-on within a company to determine whether an individual is party to a relationship through which you can attribute personal liability for the wrongdoing.

The evasion principle will, however, only be applied in exceptional circumstances where there is no alternative remedy, so as to preserve the principle of separate legal personality. Furthermore, the principles on and the circumstance in which the courts can pierce the veil are still not clear. This should, therefore, only be relied on as a last resort where there is simply no other recourse to justice.

It may be possible to impose liability on a preferred defendant through a fiduciary relationship owed to a third party. Where “special circumstances” exist, a professional may owe a fiduciary duty to a third party. Such circumstances may arise, for example, where a director of a company makes direct approaches to and directly deals with shareholders in connection with a specific transaction giving rise to a special relationship between the director and the shareholders.

In such situations, if it is required, the court is prepared to lift the corporate veil to reveal and impose liability (breach of fiduciary duty) on those in or behind the company who in reality are the persons in whom the third party’s trust has been placed.

The potential categories of fiduciary duty where this might be applicable include: director / shareholder, director of corporate agent / principal, director of joint venture company / co-venturers. The legal basis, however, for imposing liability in this way is not straightforward and care should be taken before commencing a claim against what is perceived to be a preferred defendant.

There are circumstances, in the ordinary course of business, that give rise to a duty of care even where there is no fiduciary or contractual relationship. A director can be personally liable for a negligent misstatement where the claimant has placed reasonable reliance on an assumption of responsibility by that director so as to create a special relationship between them.

If, therefore, a person is sought out for his expertise, and that person chooses to give the information without clearly qualifying his answer, demonstrating that he has not accepted responsibility, he can be held liable even if acting through the medium of a company. If the statement, however, is made deceitfully there is no requirement to prove a special relationship.

If the facts permit, this is potentially another way around the corporate veil.

There may be no remedy for you against a controller, as a fiduciary or through establishing an assumption of responsibility. An alternative, however, might be found in economic torts.

Joint tortfeasors
For liability to be established under this heading, it must be shown that the director was so involved so as to make the act his own. The director will only be liable, therefore, if he

Parties (i.e. the company and the director) will be liable as joint tortfeasors if they were in it together pursuant to common design. The director must do acts himself in furtherance of the common design.

Imposing liability on a director in this way is not straightforward and law is not well established. However, the line as to whether a director could be liable as a joint tortfeaser could be whether he has acted in bad faith!

Unlawful means conspiracy
This arises where a defendant is party to an agreement between two persons to use unlawful means:

The interesting question here is can a one man company be liable? If so, the director of the company would effectively be conspiring with himself, albeit through a company – a legally separate person. On the other hand why should a wrongdoer escape liability?

Again, unfortunately, the law on this point is not clear and there is no definitive answer to the above question. Evidentially speaking, however, there would be clear difficulties in establishing that a one man company had conspired with its controller.

For liability to be established:

The question as to whether liability can be established is very much dependent on the facts of any given case.

There may be a temptation to commence proceedings to seek to establish liability under all three torts. However, the courts may be more sympathetic to the simplest and most appropriate cause of action.

In addition to the above, insolvency legislation gives rise to the possibility of making directors personally liable for the company’s debts. Wrongful trading, unfair trading, misfeasance, transactions defrauding creditors, transactions at an undervalue are examples of activities directors can carry out giving rise to personal liability.

So, for example, where a director enters into a contract knowing that the company would become insolvent, proceedings can be brought against the director personally.

Care should be taken with the relevant provisions to ensure that the person bringing the claim is entitled to (with or without permission of the court). Furthermore, it may be that even where a director is found liable and the company is wound up, you, as a creditor without security, will rank behind other creditors and may recover only a fraction of what you are owed, if anything.

If your contracts or terms do not contain this provision then it is never too late to amend them. Requiring a director to guarantee the debts of his company in the event of default is strongly recommended. If entered into correctly, these clauses are contractually enforceable and will mean you can pursue a director personally, bypassing the potential complexities of negotiating your away around or through the corporate veil.

The principle that a company is a separate legal personality is very well established and the courts will look to preserve this. It is therefore essential that where you are looking to surmount this obstacle to get at the directors, you have a solid legal basis for doing so. If you have been wronged by a company and are looking to pursue its controllers, it is essential that you seek independent legal advice at the earliest opportunity so that the appropriate avenue is identified.