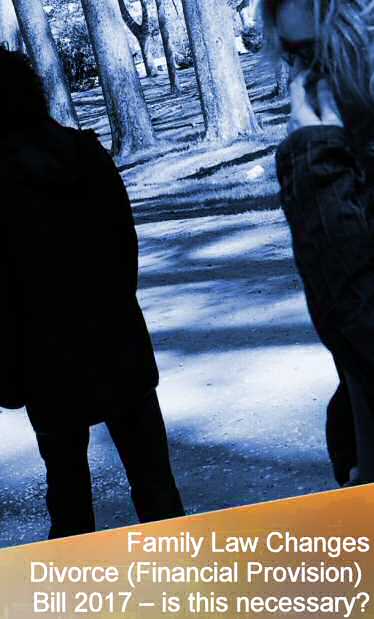 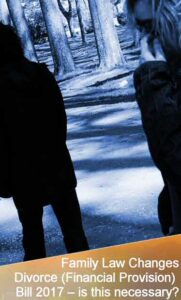 On 27 January 2017, the Divorce (Financial Provision) Bill received its second reading in the House of Lords. It has been progressed to the Committee stage however a date is yet to be announced.

The Divorce (Financial Provision) Bill is a Private Member’s Bill put forward by Baroness Deech to amend the law relating to financial settlement on divorce, and to replace section 25(2) of the Matrimonial Causes Act 1973.

What this section covers is:
Section 25(2) MCA 1973 contains the criteria of what a court should take into account when considering financial separation, for example: income, financial needs, standard of living, age, physicality, disability, contributions to the welfare of the family and conduct of each of the parties.

The issues that Baroness Deech has highlighted with the current format of the law, is that there is far too much judicial discretion, which makes it difficult to advise on the likely outcome of financial proceedings. In legal scenarios a lawyer can usually weigh up the odds of success for a party and highlight the likely sums involved and to be awarded. In this scenario, we have seen through experience of case law, that advice provided at the start of a matter could be thrown out the window if the judge disagrees.

No two separations are alike, and each case is determined on its merits on a case by case basis. This is obviously necessary in cases and a level of sensible discretion must be provided to avoid prejudicial decisions. However, with the cuts to legal aid funding, more and more parties are representing themselves and are finding it difficult to wade through the lengthy case law which has accumulated over the last 40 years and which forms part of the rules on financial separation on divorce. If one party can afford representation the other cannot, this will often tilt the scales to their favour as they can provide evidence, argue and persuade judges to favour their version of the finances.

The purpose of the Divorce (Financial Provision) Bill is to make this area of law more certain and to provide more clarity as to the likely outcome of each case.

The Bill intends to update the laws on:

In summary, the Bill proposes:
1. to make pre and post nuptial agreements even more binding, rather than just persuasive;
2. to make the equal division of matrimonial assets acquired after marriage a starting point, and to exclude pre-marital assets from the financial separation. Equal division would be swayed by factors such as: any agreement between the parties relating to the ownership or division of any of the matrimonial property, any destruction of matrimonial property by either party, the needs of any children of the family aged under 21 and any liability caused by the transfer of property; and
3. to tighten the court’s powers on spousal maintenance by providing a list of criteria for when maintenance can be provided, and by placing a cap of five years for maintenance except for exceptional circumstances.

If passed, the Bill will limit the judge’s discretion, and will make the law more structured and hopefully clearer.

The growing number of family claims, the associated costs and the current state of the court system should mean that clarity and simplification of the law are welcomed. For now we have to wait for a date to be announced for the bill to reach the Committee stage, and thereafter it will have to process through the House of Commons. It has already taken 6 months for the second reading to occur (the first reading was on 26 June 2016) and so it could still be some time until we see any changes to this area of law however the wheels are in motion to modernise this area of family law.