How Should You Handle LGBT Discrimination In The Workplace? 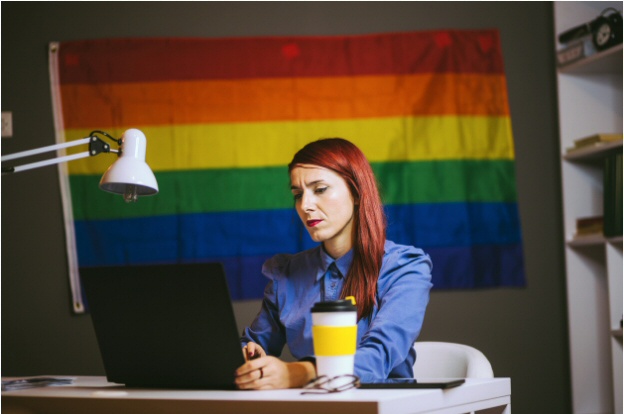 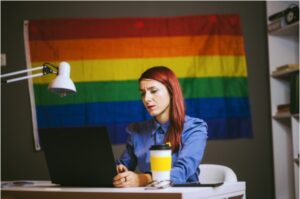 Here Total Business hears from Karen Holden, the Founder of A City Law Firm, who discusses the steps in handling LGBT discrimination in the workplace.

The LGBT community are subjected to bullying and harassment in the workplace on a devasting scale. In a survey conducted by Stonewall, consisting of more than 5,000 LGBT people across the UK, it was revealed that more than a third of LGBT staff did not feel comfortable enough to reveal their sexuality for fear of bullying and discrimination. It was also found that, 18% of LGBT staff have been the target of negative comments or conduct in the last year due to their sexuality/gender orientation. In these instances, however, one in eight lesbian, gay and bi people wouldn’t feel confident reporting homophobic or bi-phobic bullying to their employer. For trans people this increases to 21 per cent for those that wouldn’t report transphobic bullying.

Everyone should be treated with dignity and respect at work. Bullying and harassment of any kind are in no-one’s interest and should not be tolerated in the workplace, but if you are being bullied or harassed it can be difficult to know what to do about it.

Bullying and harassment is behaviour that makes someone feel intimidated or offended. Harassment is unlawful under the Equality Act 2010.

What the law says about bullying and harassment at work
Bullying itself is not against the law, however, harassment is. Harassment can be identified when the unwanted behaviour is related to one of the following factors:

If an employee is being bullied or harassed, they should first attempt to remedy the issue informally. However, if this does not work, or is not possible they should discuss the issue with their manager or if necessary, contact the human resources (HR) department or a trade union representative.

If the issue needs to be escalated further, they can make a formal complaint using their employer’s grievance procedure and if there is still an issue, legal action can be taken at an employee tribunal. They could also call the Acas (Advisory, Conciliation and Arbitration Service) helpline for advice.

What should an employer do to manage workplace discrimination for LGBT staff?

Employers are responsible for preventing bullying and harassment and are liable for any harassment suffered by their employees.

Workplace discrimination can be managed by ensuring the organisation has a strong ethos which is built on a diverse and accepting work force. A company can help to reduce homophobic, bi-phobic and transphobic bullying by creating and enforcing clear policies as well as expressly stating support for diversity amongst employees. Discrimination is an issue which must be tackled head on, therefore a company must clearly make known that they are diametrically opposed to any such behaviour from the outset. Positive reinforcement in the benefits of a diverse work force, combined with a firm stance against bullying, will help reinforce that any discriminatory behaviour will not be tolerated.

In order to reduce bullying and discrimination, employers need to have clear policies and staff handbooks addressing grievances, disciplinary and discrimination so it’s clear to all staff. Similarly, the company ethos of acceptance should be demonstrated by senior staff setting positive examples and addressing any negative or discriminatory behaviour immediately. In addition, LGBT staff networks and visible LGBT role models and allies in leadership positions will help to demonstrate that companies are championing a diverse workforce.

This equality should be demonstrated to all staff, regardless of race, religion, sexuality, gender identity or perceived sexual orientation. Everyone deserves to be treated equally and with respect.