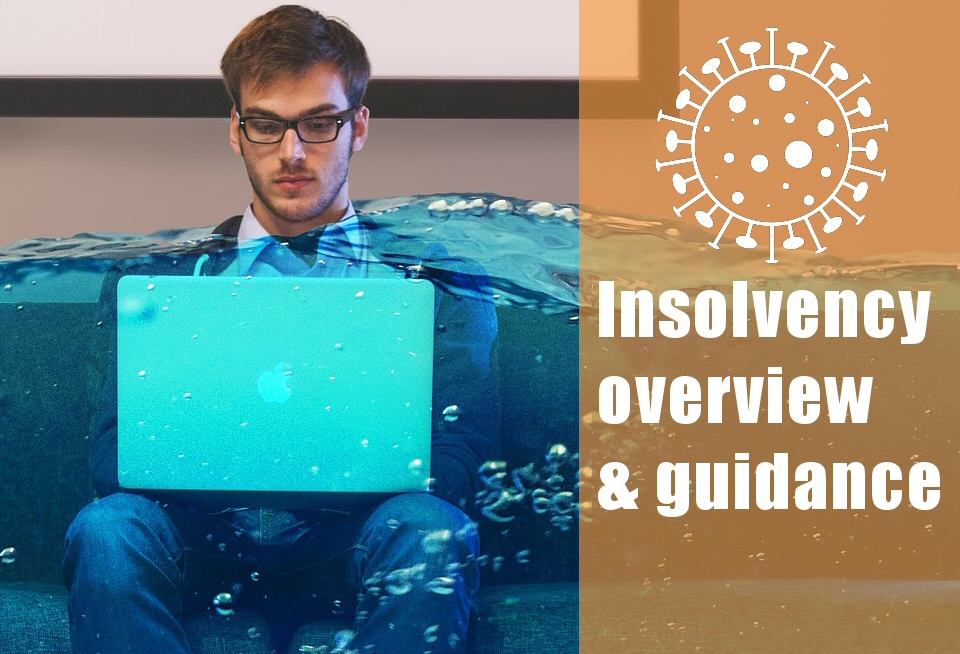 Protecting you as a director , during potential insolvency.

As a director insolvency is complex and personal liabilities and sanctions can be a concern. We have written this article to help you navigate through the current procedures and support you , personally, not just focusing on the business.

If the business has suffered a downturn in trade, perhaps as a result of the COVID-19 outbreak or the financial stability is now under threat it is important to reach out and seek assistance as there are options which we have given details of below. However, navigating the complexities of insolvency can be an onerous task for directors and it is important that they seek professional advice to support the steering of the company through its difficulties but also to protect the directors themselves , should insolvency be necessary.

A creditor who is owed £750 or more can present a Winding-Up petition if they have first served a Statutory Demand which is effectively a demand for payment within 21 days. The Winding-Up petition is a request for the court to liquidate (wind-up) the company as it is thought to be insolvent.

An alternative to liquidation is administration which any company or limited liability partnership can enter if it cannot pay the money that is owed. It is considered a less contentious process and enables of business continuity during the administration process. When a business is in administration it can benefit from a moratorium which effectively prohibits creditors from taking legal action or applying for a Winding-up petition. The outcome may still result in the business closing down however it will depend on the individual circumstances of the company.

Sometimes companies chose to enter into a Company Voluntary Agreement (CVA). A CVA is a legally binding agreement between an insolvent company and the creditors and it allows the company to pay back its debts over time which can help to alleviate some strain on the business. With a CVA, 75% of the creditors (by debt value) must agree to the terms of the arrangement. A CVA has a few advantages that will assist businesses as this time which include; the directors remaining in control and continuing to trade, interest charges may be frozen and clients of the business do not need to be informed.

We would look at restructuring , hep you navigate re-negotiation of contracts and payment terms and being transparent with your creditors. If that doesn’t work we can then assist you face one of the above avenues, with our support.

If you require advice and assistance or are considering insolvency please do not hesitate to contact one of our commercial team who will be happy to assist along with one of insolvency contacts offering commercial advice.

It is important for company directors to seek advice and understand the full scope of their duties when a company is facing financial difficulty. Directors can face personal liabilities and sanctions for losses suffered by creditors if they continue trading in an insolvent situation. It is a complex area when considering directors’ duties and both financial and legal advice should be taken at the earliest opportunity so that the relevant considerations of continuing to trade addressed. However, the government has recently suspend and softened wrongful trading rules to allow the directors time to try and rescue their businesses.

Generally speaking, directors must act with reasonable care, skill and diligence and must act in good faith and in a manner that is most likely to promote the success of the company – these are duties that they owe to the company.

When a company is nearing the point whereby it is unable or likely to be unable to pay its debts, the duties of the directors shift to ensuring they act in the best interest of their creditors rather than the shareholders. The focus will be on minimising losses to creditors as opposed which is quite the dichotomy of promoting profits for shareholders.

Problems arise for directors if they knew or ought to have known that there was no reasonable prospect of the company avoiding insolvent liquidation and continue to trade incurring further losses for the creditors. This is known as wrongful trading. Directors can be held personally liable for the losses of creditors resulting from continuing to trade during this interim period. The director may be ordered by the court to contribute to the company’s assets to cover such losses.

If an insolvency officer decides to bring a case against a director for wrongful trading and obtains an order from the court the director may have to make a payment to cover the net increase in liabilities between the point at which they should have known insolvent liquidation could not be avoided and the point at which the company ceased trading.

A director can present a valid defence to wrongful trading if they can show they took every possible step with a view to reducing losses to the creditors. The court would expect to see that the directors had sought advice at an early stage, had regular and comprehensive board meetings and detailed minutes to show the commercial decisions made, and made every effort to increase income and reduce expenditure.

If however it appears inevitable that there is no light at the end of the tunnel, they should cease trading at the right time; not too early which could be detrimental to some creditors and not too late.

It is quite possible that not all directors will agree with the decisions being made during these time and if a director finds themselves outside of the majority they may want to consider resignation. Such resignation from office during an insolvency process does not mean they are protected from wrongful trading however and they remain responsible for the decisions of the directors up to the point that they resign.

Fraudulent trading is another potential source of liability for the directors of insolvent companies. If a director has intended to defraud creditors then they can be held liable. The different between this and wrongful trading is that fraudulent trading requires an intent to reduce the assets available for creditors.

While insolvency can appear a taboo subject it is a real risk to some businesses especially in these unprecedented times. It is advisable that directors seek assistance if it is a real possibility that the company may become unable to pay its debts. A City Law Firm can advise and we work closely with experienced insolvency practitioners who can help navigate these sometimes murky waters.