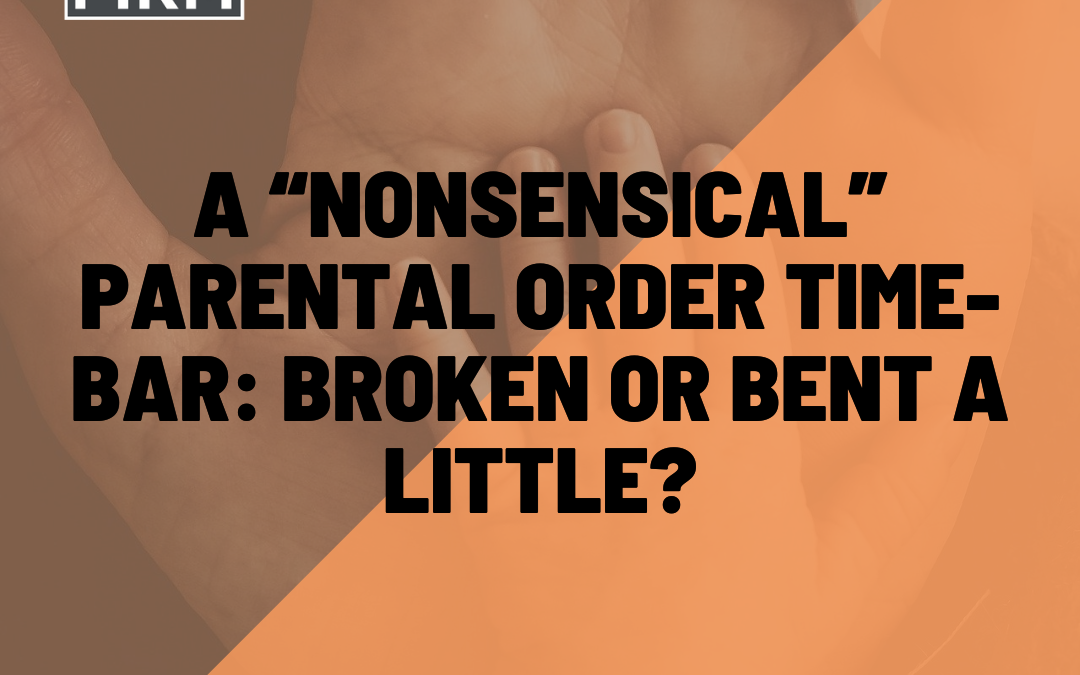 In 2014, the President of the Family Division had a case before him where he updated the more literal statutory interpretation of the Parental Order process with a more flexible child-focused version.  Although it will remain fact-specific, an application not made within 6 months for good reason can therefore still be made after the lapse despite the contrary being evident in the statute.

The case related to a family that had returned to the UK after a surrogacy arrangement in India.  They had completed all the formalities in India but failed to make the necessary application upon their return and, as usual under English law, the commissioning parents, therefore, had no parental rights.

Having not taken legal advice at the time, they only became aware of this upon an application to the family courts after the breakdown of their relationship and the Court was forced to make the child a ward of the Court.

A Decision on the Parental Order from The Judge’s Bench

Sir James Mumby found that a Parental Order, “goes to the most fundamental aspects of status and, transcending even status, to the very identity of the child as a human being: who he is and who his parents are.”

The learned judge goes on to question whether Parliament in their wisdom could have envisaged barring the gate forever to such an important avenue without explaining its thinking better, a consequence which reaches many decades into the future.

He observed when considering the child and the commissioning parents that, “barring forever an application made just one day late is not, in my judgment, sensible. It is the very antithesis of sensible; it is almost nonsensical.”

He went on to grant the application, which was made almost 21 months late, although this was narrowed to a consideration of 13 months due to the facts of this case.

He was, however, very keen to emphasise that each case must be dealt with on a factual basis and so it would still be good advice for any parent approaching surrogacy to try everything to ensure they have issued this application before the lapse of the 6 months and not have to rely on this judgment which currently goes against three other prominent and well-versed judges of the High Court on the same matter.

Court of Appeal and the ECHR: Fixing Parental Order Legislation

There was also some discussion about whether the bar can be compatible with Article 8 of the ECHR (Right to a Family Life) which also protects a “private life” and “identity”.

At the time, this was not something Sir James Mumby went into detail about because it was unnecessary, but it is hard to imagine how something as fundamental as your parentage cannot be a protected right in this manner.

An adoption order, which is only the alternative, seems similarly nonsensical when one commissioning parent is a biological parent as well.

This is something that will have to be discussed further as that fact-specific case arises or as the issue is pushed to the Court of Appeal to bind the lower courts; in the meantime, if you are forced to make this argument, pray your case is heard by the current President of the Family Division, Sir James Mumby!