Self-employed staff, are they still a risk to your business? 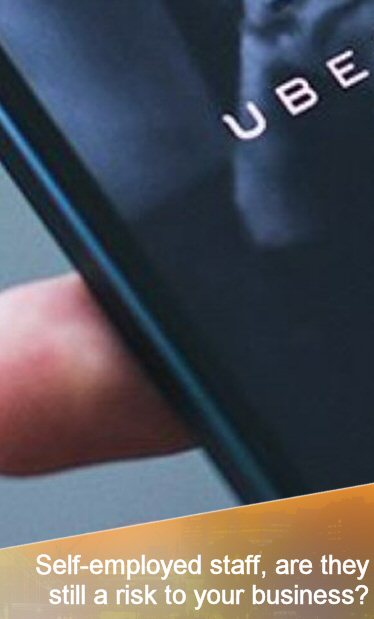 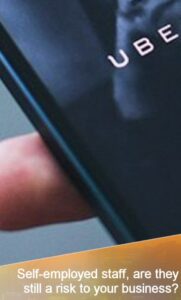 WE HAVE ALL READ THE CHALLENGES MADE AGAINST UBER, DELIVEROO, ADDISON LEE AND PIMLICO PLUMBERS BY MEMBERS OF STAFF.

The issue is not new and boils down to whether certain self-employed staff should be considered as employed (and subject to employers NI) and in turn whether they should then have employment rights and benefits. We watch the numerous cases and appeals with great interest.

Then there was the BBC presenter Christa Ackroyd, who has been held liable for tax in excess of £400,000 because the Courts considered her to be an employee of the BBC even though her services were being paid through a separate limited company. This is not a novel issue and one which hit the IT industry particularly hard over the last couple of decades. But this is being seen as an important victory for HMRC as it is the first time in 7 years they have won a so called IR35 claim.

So what is the position?

The tax rules that govern this situation are called IR35 (so called as it was published by Inland Revenue – now known as HMRC). This is a tax law came into effect in April 2000. The aim was to combat tax avoidance by workers who supplied their services via an intermediary, usually a limited company, but who would be an employee if the intermediary was not used. Such workers are known as ‘disguised employees’ by HMRC.

What is a disguised Employee?

This is where an organisation engages workers on a self-employed basis, usually through an intermediary company, although not all the time, rather than using an employment contract. This set up is often used as it allows the ‘employer’ to save a significant amount of money. They do not have to pay employers’ NICs or use payroll software deducting and accounting for PAYE deductions. Additionally, it also means they usually do not offer any employment rights or benefits such as holiday, maternity/paternity leave or sick pay.

Also they do not have to concern themselves with unfair dismissal claims or redundancy payments, they simple serve notice if the project has come to an end or they no longer require the person’s services. Often the employees can make tax savings too, but some do lose out on the rights and benefits they would normally wish to or be afforded.

New rules came into effect on 6th April 2017 regarding the assessment process for IR35. These were to determine whether a contractor working via a services company for a public sector client fell within IR35. The changes now see sector organisations assume responsibility for deciding whether or not limited company contractors should be taxed in the same way as salaried workers where this responsibility previously laid with the contractor themselves.

If a worker is found to be a ‘disguised employee’, in other words contractors who do not meet HMRC’s definition of ‘self-employed’, the financial impact of IR35 can be significant. The result is that they will have to pay income tax and National Insurance Contributions (NICs) as if they were employed and this can reduce net income by up to 25%. HMRC can also come after the employer for the money that should have been deducted at source. Additionally, there may be interest and penalties for late payment.

The significant financial consequences of being caught by IR35 can be seen in the case of Christa Ackroyd. The UK tax tribunal ruled on 15 February that her contract with the BBC should have been subject to IR35 legislation and that she was in fact a ‘disguised employee’. Although the judge ruled that she had not intentionally avoided tax, she suffered significant financial consequences.

Some of the main indicators in her case which led to the Court ruling she was a ‘disguised employee’ was that that her role was continuous and steady, that the BBC had ultimate say over what services her limited company would provide, and that her contract restricted her from providing services to other companies.

Implications of the case

It is highly probable that we can expect a wave of litigation to result from similar cases and more and more organisations to be investigated concerning the contractual arrangements and status of its employees. Reports have already revealed that several other BBC engagements are under investigation.

How can businesses determine whether a person should be an employee or a self employed contractor/subcontractor/consultant?

There are some measures you should have in place prior to starting the relationship:

Ultimately HMRC and the Courts look at the actual facts of any situation to determine the relationship between the parties. It is important you keep clear and accurate records and remain careful that you do not blur the lines.