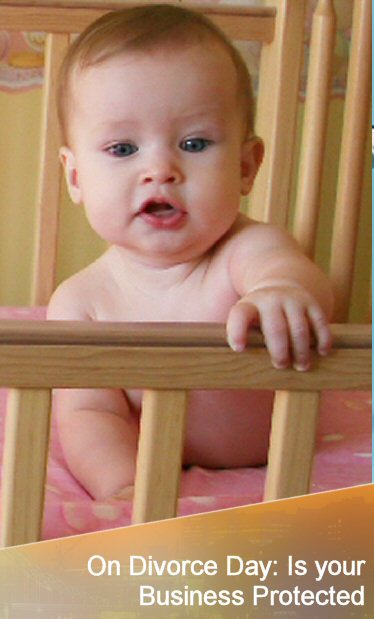 Society and the law are interesting bedfellows. One is usually reacting to the other in an eternal race to stay ahead. In the case of surrogacy, it could easily be argued that after 30 years since the Human Fertilisation and Embryology Act was introduced, society's views and understanding on the composition of a family has somewhat changed. Is surrogacy a law that time forgot? There was an update in 2008 to include same-sex parental couples the recognition deserved, but most academics agree that something based on a flawed assumption from the start cannot be corrected without a more detailed overhaul.

Recent research in a report commission by Surrogacy UK and comments from senior judges mark this as a thoroughly confusing area of law in dire need for reform. As a practitioner, I witness some marvellous contortions of law in order to fit with the most basic of principles: the best interests of the child. Words which mean one thing are manipulated almost beyond recognition to achieve the right result, provisions are extended and lawyers navigate their way through the corkscrew of statute, caught up in the hurricane of public policy. That judges tell us time and again the statute is not fit for purpose comes as no surprise, but it is a metaphorical car crash when they are forced to judgments, which are not only against in the best interests of the child but also the intended parents or surrogate too.

It was deeply upsetting to read the judgment in Re AB (Surrogacy: Consent) [2016] where the surrogate felt that she was not appreciated or acknowledged enough by the intended parents. She therefore refused to give her vital consent to the parental order which would have granted the intended parents the recognition as the legal parents. Despite not wishing to look after and care for the twins herself, having no biological connection to the children nor any apparent long term goal other than to thwart the intended parent's application so completely and effectively, the court was left muted and unable to proceed. Mrs Justice Theis, an extremely experienced judge in these matters, could do nothing other than urge the surrogate to remember why she undertook the selfless act in the first place and consider the situation from the point of view of these young children.

In a remarkable sense of foresight and acknowledgment of the issues, Baroness Barker and other peers of the House of Lords made similar observations in a debate on 14 December 2016 and also highlighted that without reform, the judges can only do so much contortionism. In May 2016, a judgement of incompatibility with the Human Rights Act was handed down because the right answer was just not possible, however they tried to square the circle. The current system causes incredible difficulties not just for those genuine surrogates who need the help to remove themselves as the legal parent, but also intended parents from those less cooperative surrogates where the best interests of the child have been forgotten.

I have seen in practice and met face-to-face the real misery and heartbreak that childlessness causes couples and individuals alike: Ovarian cancer stripping away your chances of a family; genetic anomalies causing impotence; sexual orientation causing people to give up on ever having a family; graphic road traffic accidents causing losses and pain beyond imagination. There are women in the world who are helping these people fulfil their dreams yet antiquated laws can cause a car crash. These individuals are committed and passionate about becoming parents and to give a child a loving home; not every case before the family courts is so uplifting.

As we forge forward to deal with this head on, are there risks to be considered? Of course there are. We would be blind not to acknowledge the need to protect vulnerable would-be-surrogates and any child, but there are risks in everything we do, including having children the usual way. To follow and quote the words of a cross-bench peer, Lord Berkeley of Knighton, "The imperative to procreate, next to birth and death, is one of the great evolutionary acts of being human--it should belong to all of us."

It is time for reform, and to empower the courts with the tools to reach the right decision for everyone involved and before there is a car crash from which we cannot recover.